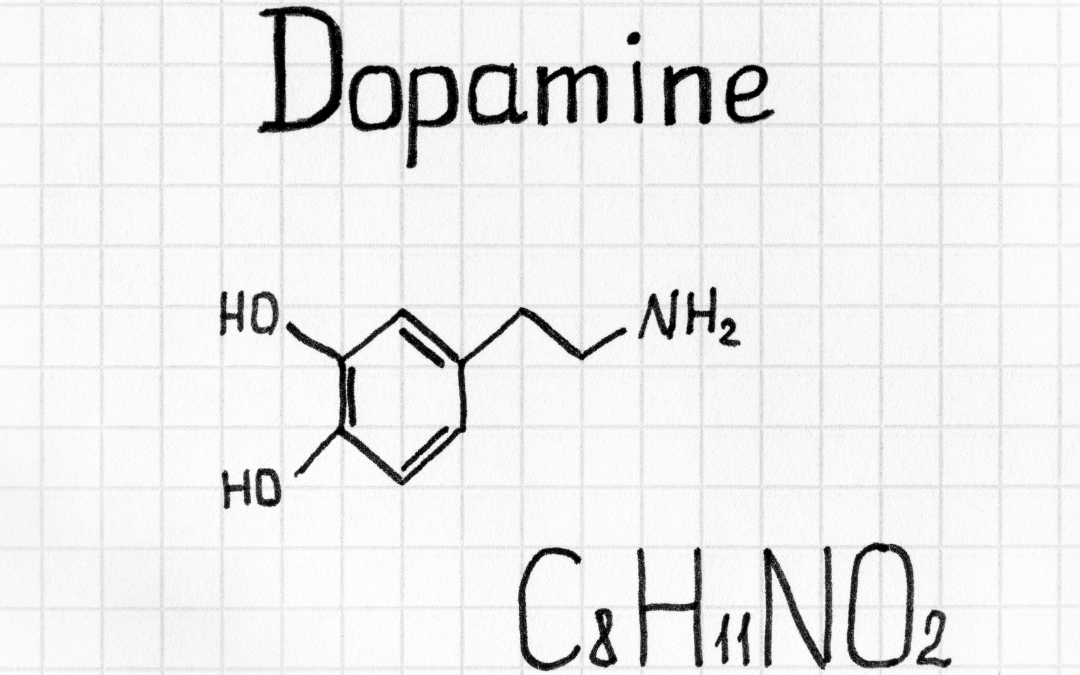 Something great has happened… A new relationship, a job promotion, a vacation with your friends and family.

This may be a cause of low dopamine levels.

In this article, we will discuss the cause and effects of dopamine deficiency, and how to naturally increase your dopamine levels.

Dopamine is a neurotransmitter produced in the brain. It acts as a chemical messenger between neuron cells. When your brain anticipates a reward, dopamine is released. Dopamine levels can be increased by mere anticipation of a reward.

Dopamine is responsible for allowing you to feel joy, satisfaction, and motivation. When you feel good about something you’ve accomplished, that’s the dopamine being released in your brain.

Dopamine plays a vital role in many functions such as motivation, learning, movement, memory, and other areas. Numerous conditions, such as Schizophrenia and Parkinson’s Disease, are linked to dopamine imbalance. Dopamine deficiency is not an actual medical condition. (1)

How to Diagnose Low Dopamine Levels

Dopamine problems are associated with a variety of mental and neurological conditions. Substance abuse problems can cause a misbalance in dopamine production.

Dopamine temporarily floods the brain when drugs and alcohol are consumed. These addictive substances can cause a person to seek out more. To get the same dopamine rush, however, the addict will need to continue using the addictive substance for long periods of time. The risk of a relapse increases if the person stops using.

Symptoms of low dopamine levels include:

Too much or too little dopamine can cause harm, so it is important to not self-medicate.

How to naturally increase dopamine levels

Vitamin D is an essential nutrient that can improve your mental and physical health. Study results have shown that low levels of Vitamin D are associated with depression. (2)

So go outside and get some sunlight. If you are unable to get sunlight, Vitamin D supplements may be beneficial for those suffering from low dopamine levels.

Fortified foods such as orange juice and milk can also be used to increase Vitamin D. You can also get Vitamin D from beef, egg yolks, and fortified grains.

Exposure to the cold

Cold water sends many electrical impulses through your brain. These impulses stimulate your brain to improve alertness, clarity, energy, and productivity. Also released are endorphins (sometimes called happiness hormones). This can lead to optimism and a feeling of well-being.

One study showed that people who were immersed in cold water (57 degrees) had higher blood levels of noradrenaline (by 530 percent) and dopamine (by 250 percent). (3)

Cardio is the best type of exercise to increase happiness. Walking and aerobics will not only benefit your physical health but also boost your mood.

Regular exercise can remodel the brain’s reward system and lead to increased levels of dopamine in the bloodstream and more dopamine receptors.

Research has shown that subjects who listen to music they enjoy triggers a release of dopamine in their brain. (4)

Dopamine is released not only during peak musical moments but also when we anticipate these moments.

Your sleep-wake cycle is influenced by both dopamine and serotonin. Sleep is vital for both the brain and body because it gives time for everything to heal and restart. Recovery of the brain and body is made possible by your sleep. You must ensure that you get enough sleep every night in order to stabilize your moods.

Meditation can bring you feelings of calm and relaxation. This “natural high” can help you regulate your emotions and overcome distressing situations.

Eating foods that increase dopamine production can help improve your mood and keep you on track with your recovery. Research shows that dopamine-boosting foods tend to be high in protein and L-Tyrosine (an amino acid commonly found in protein).

Foods that increase Dopamine include:

Sustain from Drugs and Alcohol

Substances such as alcohol and drugs cause a spike in dopamine causing the brain naturally decreases the production. This can leave a person feeling anxious, depressed, or overwhelmed when the drug wears off.

Self-medicating with drugs or alcohol can cause an addict to experience a dopamine rush, then a crash, and need to get another fix. This results in an unnatural production of dopamine, and an increase in relapse.

When you eat something that you love, dopamine is released. The brain will force you to eat more of what you love causing you to overindulge.

It is highly beneficial to reduce the number of stressful situations in your daily life. Chronic stress can cause health problems and increase your chances of developing conditions like anxiety disorders or depression.

There are many supplements that may help increase dopamine levels.

Supplements that increase dopamine include

This could lead to improved brain function and mental well-being.

Dopamine and serotonin levels can be increased by playing with a cat or dog. This is known to calm and relax people. The levels of cholesterol and triglyceride in pet owners (indicators for heart disease) are lower than in those who don’t have pets. (7)

Pets release endorphins which are hormones that reduce stress and pain. These hormones are released by the brain when we eat chocolate or laugh a lot.

Low dopamine levels can negatively affect your everyday life. This can cause you to be less motivated and excited about things that should make you happy.

If you have been feeling like you might be suffering from dopamine deficiency, try these natural ways to increase your dopamine levels.

The content herein is for informational purposes only and is not medical advice.

Mohamed Zeyara is a medical doctor and humanitarian who has helped raise millions of dollars to support underserved communities worldwide.